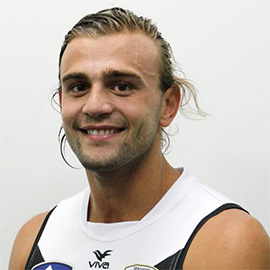 Jordan started the season with eight votes in Round 1 against Sydney University and floated among the top three for the whole season.

The star on-baller polled in 16 of his 18 games, four of which he polled eight or more votes.