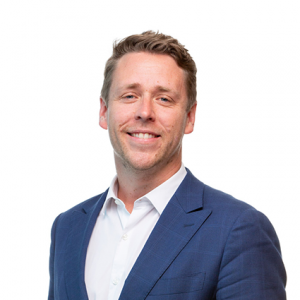 Southport Sharks announces the appointment of Matthew Schneider as President

Over the past 18 months, Matthew has been an influential board member of Southport Sharks. He has been instrumental in driving the direction of the masterplan: a boutique stadium precinct that incorporates world-class sporting infrastructure, technology, innovation and housing initiatives and that capitalises on the Gold Coast Light Rail and adjacent Gold Coast Health and Knowledge Precinct.

Southport Sharks CEO Dean Bowtell is delighted with the appointment. “Losing Doc Mackenzie after 49 years of Presidency was a great shock. He left us an amazing legacy and we couldn’t think of a more appropriate leader than Matthew. He has an excellent understanding of our workplace and industry. We’re excited of Matthew’s recent work in building our future through various planning and infrastructure projects”, said Mr Bowtell.

Matthew is pleased to be named as President of Southport Sharks. “Since its establishment in 1961, Southport Sharks has grown to become celebrated as one of the most successful clubs in the country”, said Mr Schneider.

“This opportunity to lead the Club into our next era – both on the field across men’s, women’s and junior football, and off it as a leading community destination, major employer and thriving mixed use precinct – is an enormous privilege and one for which I am very grateful. The period ahead is so exciting for our Club and I am delighted to have the responsibility to lead us through it, all the while protecting the proud culture and foundations of the Southport Sharks”.

A strong communicator and a skilled negotiator, Matthew has twenty years of experience in executive and non-executive roles. He is a respected town planning consultant, strategic adviser, project lead and company director who is recognised for his particular expertise and developing and executing strategy.

Matthew’s relationships with a broad cross section of Gold Coast’s leaders support his key role in playing a central part to shape the future of Southport Sharks. Matthew holds academic qualifications in town planning from the Queensland University of Technology. Based on the Gold Coast with his young family, he is a Director of both advisory firm Urbis and Placemakers Gold Coast – the city’s leading independent arts organisation. Amongst his other appointments, Matthew is an Adjunct Industry Fellow at Griffith University; the Chair of the Property Council of Australia Gold Coast Committee; and sits on Advisory Boards for the Gold Coast Light Rail, Study Gold Coast, Top 100 Women in Construction, Bond University and Lacey Group.