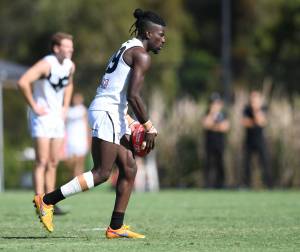 The AFL has informed all VFL Clubs of the decision relating to the three postponed games in Queensland in Round 16 on Saturday, July 31.

All three games did not proceed as scheduled following the Queensland Government’s announcement of an immediate three-day lockdown for 11 Local Government Areas in Queensland, including Gold Coast and Brisbane where matches were scheduled to be played.

The Gold Coast SUNS vs. Southport game was ceased during the first quarter to allow for the AFL-listed Gold Coast SUNS players to prepare to fly to Melbourne on Saturday afternoon.

As the game commenced, this game will be postponed until Round 18 and replace the current fixtured bye for both clubs. The game will be subject to alignment with the AFL fixture, border status and the restrictions in Queensland for community sport to be played.

Following the above decision, all six clubs remain on 10 games played in 2021 and all have a fixtured bye in Round 17. They will play their remaining two games in Round 18 and Round 19 to finish the home-and-away season on 12 games.

The league has the discretion to amend the rules and has adopted a consistent approach to all games affected by the Covid situation in 2021. The league will explore all available options to have matches played if they cannot be completed.

The AFL remains committed to completing the 2021 VFL Premiership Season with all clubs playing 12 home-and-away games. The 2021 VFL Finals Series will commence on Saturday August 28 with the top eight finals structure with the VFL Grand Final to be held on Sunday September 19 at Marvel Stadium.

AFL Head of Talent Pathways and State League Competitions Tristan Salter commended all clubs and participants on their flexibility across the weekend and their commitment to continue the season.

“The weekend presented a new challenge and we thank all participants for their support and understanding with the three matches,” Salter said.

“While the fixture for the 2021 VFL Premiership Season continues to be a week-to-week proposition, we will continue to make changes that best navigate the current environment and to keep the competition going for all players, coaches and fans.”

“But the number one priority remains to protect the health and safety of those in our game and the wider community.”