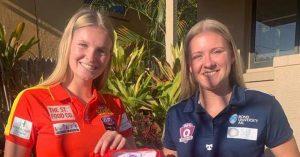 Southport Sharks congratulates Annise Bradfield, who was drafted to the Gold Coast SUNS.

Playing field hockey for 10 years, Annise commenced her football career at Labrador Tigers. After one season with the Tigers, Annise played the remainder of her Junior career at Southport Sharks, winning the Best and Fairest in 2017.

Also playing NAB AFL Women’s Academy in both 2019 and 2020, Annise joined Bond University after finishing her Junior career at Sharks.

Women’s Football Manager Paul Redley is delighted with the outcome “Annise spent 4 years developing her game at the Sharks and is well known for her incredible work rate at training and game days. A dedicated team player with leadership skills in setting standards, Annise will join 4 other Suns players who have played junior football at Southport Sharks in the journey to AFLW “.

Southport Sharks wishes Annise the best of luck in 2021 and the rest of her playing career. 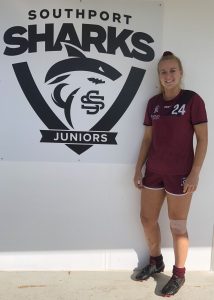