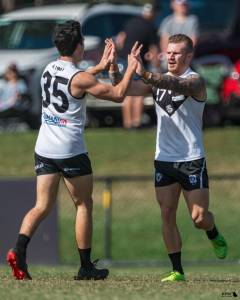 The AFL has announced that the 2022 VFL season will start on 26 March.

The VFL will return to an 18-game home and away season in 2022, an adjusted 23rd player rule has been reinstated, and clubs have been given a 10 per cent increase in their salary cap as part of a host of rule changes released by the AFL.

The season will feature 22 rounds, with the 21 clubs receiving four byes each.

Matches, dates and starting times will again align with the AFL schedule wherever possible, but each club will receive nine home matches as they welcome their loyal members and supporters back to the footy.

The VFL standalone list size of 28 primary and 12 development-listed players for a total of 40 remains in place.

The 23rd-player rule removed for the 2021 season has been reinstated, but the 60 per cent game time restriction will not return.

VFL standalone clubs are required to select six under-22s, meaning the extra player can come from either their primary or development lists.

(All age requirements refer to the player’s age on January 1, 2022)

VFL standalone clubs are not subject to alignments and can list players on their primary or development lists from the open market.