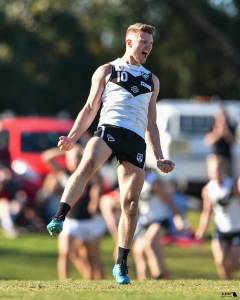 As a result of the evolving COVID-19 situation across the country, previous interruptions to scheduled games and an extension to the Victorian State Government lockdown, the 2021 VFL home-and-away season has concluded.

The league has confirmed the match ratio system has determined the final ladder positions ahead of the 2021 VFL Finals Series starting on Saturday, September 4, 2021.

The finals will retain the top eight clubs, but in an elimination format should the games commence on the weekend of September 4.

At this stage, the first week of the finals will be first v eighth, second v seventh, third v sixth and fourth v fifth. Week Two would then see the four winners matched up in Preliminary Final to book a place in the VFL Grand Final.

The AFL has put a contingency in place should there be any further delays.

A further reduction that only allows a two-week finals series would mean that teams 5 to 8 are eliminated.

The first week of a reduced finals series would see first v fourth and second v third to book a place in the VFL Grand Final.

VFL Finals Games will continue to be shown with broadcast partners the Seven Network, Foxtel and Kayo.

As the only interstate team, the AFL continues to work with Southport to explore possible arrangements to play in the 2021 VFL Finals after finishing second.

At this stage, Southport will play Collingwood’s VFL team in the first week of the finals. The date, time and venue are to be confirmed.