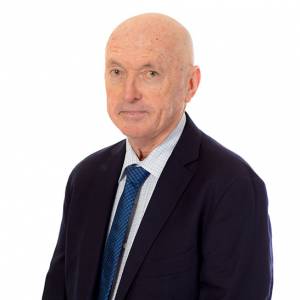 Southport Sharks is deeply saddened by the passing of our long-standing President, Dr Alan “Doc” Mackenzie.

Doc was a strong, resilient leader and was recognised as a giant of both the football community and of the Gold Coast. Elected as President at the age of just 27, Doc worked tirelessly over his remarkable 49 year tenure to see the Club grow into the celebrated success that it is – both on and off the field – today.

He was celebrated as both a servant, and a student, of Australian Rules football. After his own playing career was cut short by injury, he moved into what would come to be an extraordinary career in both sports administration and medicine. Doc’s knowledge of both the game and its individual players was without peer and his acumen and insights proved invaluable not only to the Southport Australian Rules Football Club but also to the Brisbane Bears, Brisbane Lions and the Gold Coast Suns through the important roles that he played at each club.

Doc’s passion for football and the Gold Coast drove his relentless pursuit to convince the AFL to reconsider the Gold Coast as a viable region for a new AFL licence and, in 2008, Doc was thrilled to be part of the team that secured the licence for what would become the Gold Coast Suns. No one was prouder than Doc.

Doc’s service and contribution was recognised through a number of prestigious awards. He was a Life Member of AFL Queensland. He received the Australian Sports Medal (2000), the AFL Merit Award (2003) and was the inaugural recipient of the Gold Coast Bulletin Sports Award (2003). Doc was inducted into the QAFL Hall of Fame in 2008 and elevated to Legend Status in 2011. The following year he was awarded the Jack Titus Award for outstanding service to football by the AFL. He was a Life Member of the Southport Australian Rules Football Club.

As President of Southport Sharks, Doc demonstrated the same leadership of the Club’s growth and success off the field. Over his tenure, he took decisions and oversaw the achievement of milestones that laid the foundations for what has grown to become one of Australia’s strongest football clubs and recognised as a premier sport, leisure and entertainment precinct.

Outside of football, Doc practised as a GP on the Gold Coast from the time he started his own medical practice in the early 1970s until his passing. He consulted and cared for thousands of people over the course of his career.

Doc sadly passed away suddenly at 75 years of age. Our sincerest condolences are with his wife, Jo-Ann, Mark, Chris, Seanna, his four grandchildren, family and many friends.

The Board, Management, Staff, Players and Members of Southport Sharks thank Doc for both his service and his legacy. Vale.